Every photographer’s dream became reality for us, when the cover picture we took for Kris James’ new single “Get Back to Love” graced one of the most desired billboard spots in NEW YORK, TIMES SQUARE. 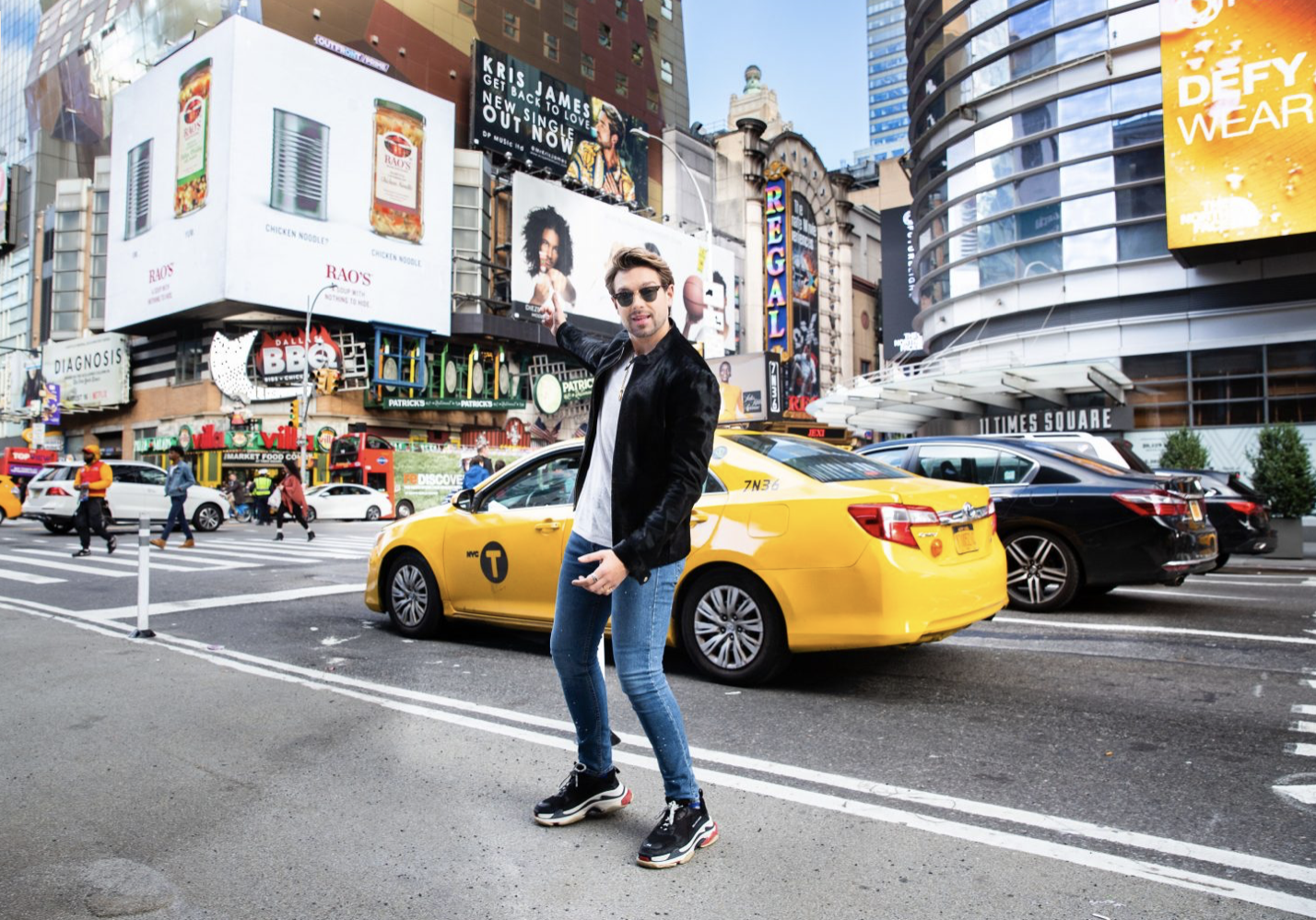 We shot the singer’s cover when he was in Los Angeles this summer for the music video shoot of the new single, where we also shot the behind the scenes footage (see previous blog post).

Seeing your photo on a gigantic billboard in New York is still overwhelming and almost unreal for us, since we always dreamed of such an achievement. Every time we drove by all the glamorous billboards on Sunset Boulevard in LA, we were making jokes about how awesome it would be to shoot a billboard campaign one day. Never ever would we have imagined that this will turn into reality so fast!

Our thanks go out to Kris James, who is not only a crazy talented singer and songwriter, but also a wonderful and genuine human being that became a close friend of ours. His Team in London, ED Hopkins PR, Joe and Jack Cooper, - and everybody else who’s hard work and dedication made the dream work.

The single “Get back to love” is now available on Spotify and Apple Music – and the billboard will provide some major eye-candy during the Christmas Season in Time Square, New York.

Rising star Kris James, a British singer-songwriter and a good friend of Team La Bouffier is

switching things up with his new single “Get Back To Love”, which was released today.

The bright uplifting and disco-inspired track follows Kris’ recent singles “Anymore” and “I’ll Be Here”– and got the music video to match.

Kris, who previously worked several times with us and even became a close friend, showed us

the song and decided to shoot the music video in Los Angeles. We connected his team in London with our friend and neighbor, who happens to be Director and Producer Assaad Yacoub, and is best known as the genius behind over 25 Drag Queen music videos with RuPaul's Drag Race contestants and the award-winning documentary Cherry Pop (Netflix). (Get to know Assaad Yacoub and his work: http://www.assaadyacoub.com )

Kris and Assaad intended to create a funky LA vibe to convey the colorful atmosphere of the disco love song. “Get Back to Love is an upbeat song about finding your absolute true love!” Kris said of the track. “That person you get butterflies when you see. I think I’ve only felt this

once and so I wrote this to possibly find that next true love!!”. We think the result is outstanding and brings back memories of the hot summer days and that tingly feeling of falling in love. Besides shooting the cover picture and a fashion campaign during Kris’ stay in LA, we were on set and captured the music video shoot for you and let you exclusively have a look behind the

curtain and what really went down -->

💕We got interviewed and featured in the latest issue of @sweetspotmagazin- a magazine for female empowerment. In the Interview in the special edition„Arts & Entertainment“, we talk about the happy coincidence of meeting each other in an UBER and how we managed to establish ourselves as entrepreneurs in the US. 💕 The full article is available here: www.sweetspotmagazin.com